Filmmakers are the lifeblood of Wild & Scenic. Recently we had the opportunity to ask filmmaker Charles Post some questions and are very happy to be sharing this Q&A with you today. Be sure to stay tuned for more filmmaker features coming your way in the coming months. 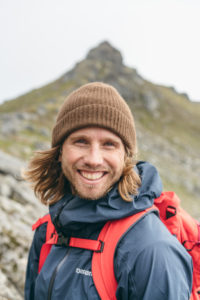 • My name is Charles Post. I’m an ecologist, co-founder of The Nature Project, Explorers Club fellow and ecological brand consultant. While more than one hat illustrates me and my work, ultimately everything I do touches on society and our relationship with the natural world. I was born at the southern foot of the great redwood forests of California, currently live on the northern edge of the Greater Yellowstone Ecosystem in Montana, and got into film because I realized that the science community, among which I am a part of – one that I had spent much of my adult career learning from and finding inspiration in – was grossly disconnected from the public, those with votes and voices.

How many films have you had in the festival?
• I have had two films screened: “Sky Migrations” and “Horse Rich and Dirt Poor”

How many times have you attended?
• I have only attended once as an audience member. Regrettably, I have not had the opportunity to attend as a filmmaker. Though, my dream is for this statistic to change very soon!

What is your favorite Wild & Scenic memory?
• My favorite memory was being a young undergraduate, and being inspired by the films, filmmakers and audiences’ reaction to them. It was a strong illustrative reminder of the power held in films and effective storytelling.

What makes Wild & Scenic Film Festival special or unique?
• I love the setting. Nevada City, the feeling and ecosystem, is just so unique. The way the community comes out to host the film festival, and the warm feelings that abound really make you feel like you’re part of some wider, greater family.

What inspires you to make films?
• Now more than ever environmental and wildlife films have the power to help save our home planet. The public is thirsty for connections, hungry for knowledge and eager to seek pathways that may lead to positive change. Film has the power to facilitate this and more. 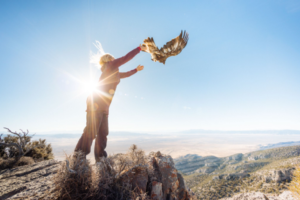 What are your favorite stories to tell?
• I am drawn to films that have a strong message that binds humans to the natural world. I also often try to focus on topics that may be relevant and right under our noses but somehow have long avoided our collective gaze. “Sky Migrations” followed this storyline. Bird migrations bind our planet, and yet many often miss the epic migrations that pass over our homes and communities every spring and fall.

Do you have any projects you are currently working on?
• We are in the process of relocating to northern Norway, and so I’m hoping to tell a story rooted to the rocky outcroppings and coastlines where the most abundant gull species on Earth lives. The black-legged kittiwake is a circumpolar bird known for its widespread home range and abundance, and yet they are in a precipitous decline due to climate change; some data suggests they may be extinct across Norway in the coming 50 years. It’s a story that would touch on a bird whose soundtrack defines nearly every coastal village across Scandinavia. Just as the sea shares it’s perennial music, the kittiwakes are an unwavering part of that aural fabric. And yet, there is no alarm or widespread awareness of their plight. Perhaps they are so abundant, so integral to life in the arctic, that no one can believe they would ever disappear? 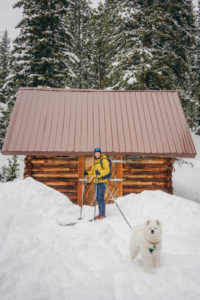 How has COVID impacted your filmmaking?
• I haven’t been on a plane since February, and have only left our county a handful of times… while it’s been a disruptive, scary, heartbreaking and alarming time for us all, the stillness has offered so much. The pause has been fortifying and formative in many ways, and for that I am grateful for the time at home!

• Besides the prospect of a major move and pivot in life, I am excited to continue building my consulting business, which is focused on working with brands like Dometic, Sitka Gear and Hipcamp to design, develop and deploy ecologically minded brand strategy, business practices and consumer-facing communication that helps good brands grow through positive impact.