“Saving our home planet is about planting seeds of action and helping them spread.” -Tommy Caldwell

Adventure returns to Nevada City with a special screening of The Dawn Wall on April 7 as part of the Nevada Theatre Film Series. The Dawn Wall was a favorite during the 17th Annual Wild & Scenic Film Festival in January and winner of the 2019 Most Inspiring Adventure Film AND the People’s Choice award.

In January, Tommy Caldwell, along with snowboarders Tamo Campos and Jeremy Jones, won the hearts of festival-goers when he attended the Wild & Scenic as part of the CLIF Athlete Speaker Series.

If you missed Tommy at the free climb he led at Gold Crush Climbing Gym, you can catch a Q & A filmed there by our sponsors from VRUMBLE.

Tommy was a gracious guest and shared his appreciation of winning the People’s Choice Award. Check out his acceptance video here. 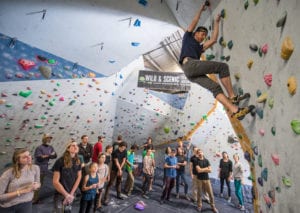 The pair lived on the sheer vertical cliff for weeks, igniting a frenzy of global media attention.

But for Tommy Caldwell, The Dawn Wall was much more than just a climb. It was the culmination of a lifetime defined by overcoming obstacles. At the age of 22, the climbing prodigy was taken hostage by rebels in Kyrgyzstan. Shortly after, he lost his index finger in an accident, but resolved to come back stronger. When his marriage fell apart, he escaped the pain by fixating on the extraordinary goal of free climbing The Dawn Wall.

Blurring the line between dedication and obsession, Caldwell and his partner Jorgeson spend six years meticulously plotting and practicing their route. On the final attempt, with the world watching, Caldwell is faced with a moment of truth. Should he abandon his partner to fulfill his ultimate dream, or risk his own success for the sake of their friendship?

Tommy Caldwell started climbing soon after he learned to walk. Growing up with a mountain guide father, his talent and passion led him as a teenager to the top of climbing competitions and cutting-edge outdoor routes.

In 2000, on a climbing expedition in Kyrgyzstan, Tommy and his climbing partners were captured and held hostage by armed rebels. Miraculously, after six days of captivity, the group managed to free themselves. Upon returning to the United States and trying to piece together his life, Tommy severed his index finger in a home remodeling accident.

Managing to overcome the obstacles life was throwing at him, Tommy came back stronger and raised his already elite skill level and the sport’s standards. His subsequent free climbing accomplishments in Yosemite National Park remain unmatched and made Tommy one of the best rock climbers in the world, a perfect contender to be the first person to free climb The Dawn Wall. 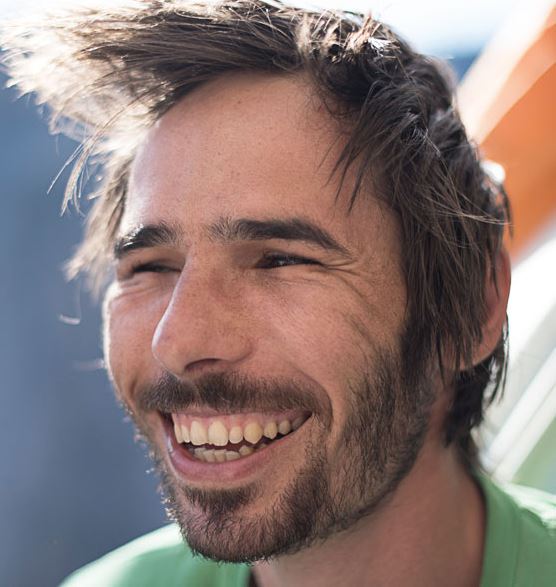 Like most kids, Kevin grew up climbing ladders, trees and fences, until a visit to his local climbing gym changed his life forever. Kevin steadily improved his climbing and started winning youth national championships. Once he discovered bouldering, he quickly made a name for himself as one of the sport’s best.

At his home stomping grounds in the California’s Buttermilks, Kevin made the first ascent of the terrifying Ambrosia, a 15-meter high boulder from which a fall near the top would be catastrophic. While searching to expand into other climbing disciplines, Kevin learned about Tommy Caldwell’s initial forays on the Dawn Wall. Under the mentorship of Tommy, Kevin proved a quick study as he transformed himself into a big wall climber capable of the completing the most continuously difficult route in the world. 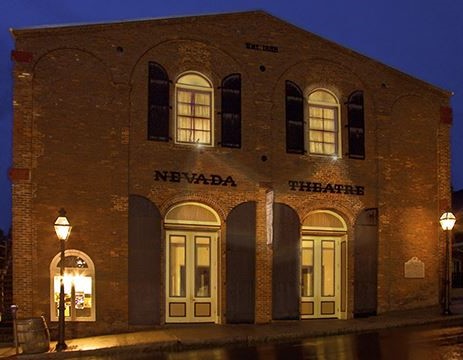 About the Nevada Theatre

The Nevada Theatre is the oldest, continually operating theatre on the West Coast.  The historic theatre is celebrating 152 years of history, live performances, music, movies and art in Nevada County.

About the Nevada Theatre Film Series

Mike Getz began his career in the movie business in the early 1960s. He created the first wildly successful midnight movie series in Hollywood in 1963 and helped launch the “Rocky Horror Picture Show” midnight movie phenomenon in theaters throughout the country.  In order to view independent films locally, Mike and Barbara Getz started the Nevada Theatre Film Series in 1979. Mike’s talent to entertain the audience is evident in the continuing success story of this popular Nevada City Sunday night tradition.