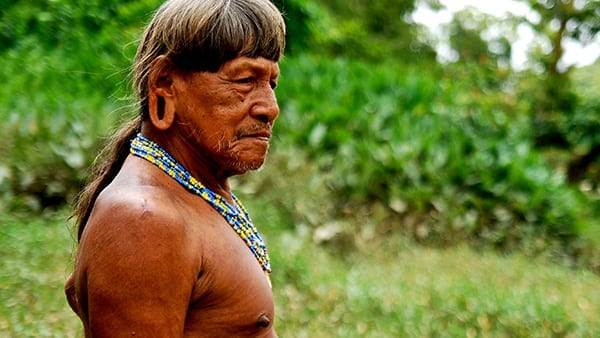 A real-life Avatar story, Yasuni Man is a film about a conflict raging deep within the Ecuadorian Amazon. Once under siege by missionaries seeking to civilize them, the Waorani people battle industry operatives and their own government in a fight to survive. Join filmmaker Ryan Patrick Killackey and his native friend Otobo as they embark on an expedition into the most bio-diverse forest on Earth. Witness what may be lost as oil companies encroach, human rights violations run rampant, and a forest Eden is destroyed – all for the oil that lies beneath Yasuni.