We were so happy to get to ask American Rivers Communications Director and Executive Producer of American Rivers Media, Sinjin Eberle, to take time out of his busy schedule to catch up with us and answer some questions about what he has been up to as of late. His responses have us excited to reconnect with him at WSFF 2022. We hope you enjoy the results our Q&A session: 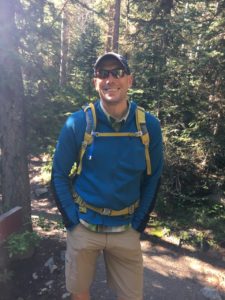 Sinjin Eberle, who are you?

What is your favorite Wild & Scenic memory?

What inspires you to make films?

What are your favorite stories to tell?

Thank you so much for the opportunity to do this – was great to think about all these great memories, and what is to come. Truly grateful you included me in this project.